Yes.  I’ve been absent from my blog for a while.  Life has been busy – and good!

So, yes, now there has been a birthday.

For my 44th year, I divided the year into quarters and made lists of 11 things to do or look forward to in each quarter.  I didn’t complete them all, but it was a fun way to organize the year.  You can read the summary posts from the first three quarters here:  Quarter 1, Quarter 2, Quarter 3.

So as you can see, not even 11 things on the list, but still a fun way to remember the year.

Maybe I’ll do something creative with 45 records (remember them?) like “on the flip side” or “B Side”… have ideas?

Elvis Costello wrote this song called 45 (http://youtu.be/KPZkldKk1WA), referring to record singles and his age when he wrote the song.  A catchy song… There are lots more songs and movies and other information you can read about online – thanks Wikipedia!

So I haven’t fleshed out the plan or theme for being 45, but I’m enjoying every minute of it so far!

It is the 14th annual Happiness Happens day today, sponsored by the Secret Society of Happy People!  Thought I’d do a quick “what’s making me happy” list to commemorate.

Well, that’s all for now.  Must get out of bed, get some food, and get ready for night 2!  But tell me — what’s been making you happy lately?  How are you celebrating Happiness Happens HappyThon today?

Yes, Quarter 4.  In a few months I will be having another birthday!  I have been so busy lately that I haven’t had much time for self-reflection, so I haven’t completed this thought yet.  Let’s see what comes of it for now… 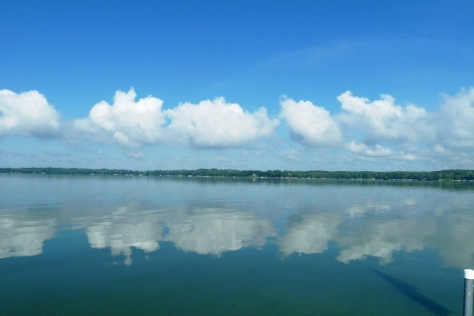 There were items from past lists that didn’t get done (closets didn’t get cleaned, strangers didn’t get conversations… ) but I am not one to beat myself up over undone lists.  Most of the fun for me is imagining the possibilities and it is just bonus if they happen.  Probably I should add “start thinking about being 45!”  What will that mean?  What fun things will happen?

But til that mornin’
Ain’t nothin’ can harm you
With your daddy
And your mammy
standin’ by.”
–  George Gershwin and Dubose Heyward, Porgy and Bess

What I’ve Been Watching:

What I’ve Been Reading:

What I’m Listening to:

What I’m Looking Forward to:

What about you?  What’s up?

Wow.  Last day of February.  Did that fly by, or was it just me?

I have a bunch of things that are making me happy, so here’s my list for you to read as February winds down…

How about you – what’s making you happy?

What I’m Reading: I finished The Great Gatsby for book club next week.  I look forward to discussing it and eventually seeing the new movie this

spring!  I have done some book ordering lately, so a bunch of new books arrived.  The first that I picked up and devoured was 84, Charing Cross Road.  Wow! I learned about it through the blogger Wallace who reads it for her birthday yearly.  It was so intriguing and only available in print (no virtual book this!). I’m so glad I bought it, because after I lend it to all my friends to devour, I will re-read it yearly!  It was tempting to re-read it immediately after finishing, but I will let it out of my grasp for a bit.  So unexpectedly fun!  I will now look for the movie based on the book!

Other books that I now own include: A Week in Winter (Maeve Binchy‘s final book), Apple of My Eye (same author as 84, Charing Cross Road but about NYC! Yay!), Silver Linings Playbook (hope it’s as good as the movie), and How to be a Woman (Caitlyn Moran – British comedian, cheap book!).  Gone with the Wind is waiting to be started, but I think it will wait until after I read Maeve’s book.  It’s only fair, right?  Gotta pay respects.  I learned that my 13 year old nephew is reading GWTW so there is further incentive to get started on it!

What I’m Watching: Last night I watched Beasts of the Southern Wild.  It is so fascinating.  I didn’t love it, but I was moved by it.  I am amazed by the community who lives in the Bathtub and I’ll have to do some research on that.  The little gal did a great job and will be fun to watch in the future!  I’m also excited to see the final episode of Downton Abbey.  I won’t see it tonight (as I’m going to the Book of Mormon!) but I’ll watch it as soon as I can.  Last week’s episode was great and feel-good.  Hoping for a good ending to this season!  Can’t think of anything else that I’ve watched lately… I also bought the (cheap) Blu-Ray DVD of Becoming Jane, which I remember liking a lot.  I’ll watch that along with the latest Pride and Prejudice movie sometime soon – maybe this week during my overnight-shift-self-care routine.

What I’m Doing: Last week I hosted a baby shower and it was a lot of fun.  Great to socialize with co-workers outside of work and fun to meet the mama-to-be’s mother and sister.  Good food, good times.  I took a few days off this weekend, so I shopped for shoes (ugh), had coffee with SDL, and had a slumber-party with VN; I watched littlest nephew play BB, ate taco pizza and watched Rochester Roller Derby with Marissa, Gracie and some friends.  And now I’m heading to the Cities (well in a little bit) to stay with Deadra and John and to have a delicious dinner before seeing the Book of Mormon!  Yay!  Can’t wait.  We’ve been looking forward to this for quite some time – anticipation of great events is always fun!  And I’ll still get to choir and book club this week – sounds perfect, eh?

That’s about it for me!  What are you Reading, Watching, and Doing? 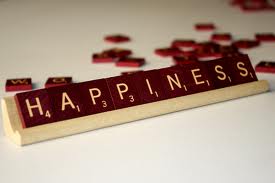 I know there’s more, but that’s all for tonight!   Right now I’m happy that I will soon go find a drive-thru for one more cup of coffee to get me through the night! Have to recover quickly to work the weekend, so wish me luck!

Life changed pretty drastically for me, with my (wonderful) new job!  Aside from  having a lot to learn about social work in the hospital setting (specifically Emergency Department), the unpredictable and crazy hours have caused the need  for creativity and flexibility in getting in the fun stuff!  But, never fear. I still manage to find time for fun!

There were things to do with kids –

There were trips and excursions –

Tonight I was looking back in my computer to see if I wrote any kind of “end of year wrap up” for 2011 and found nothing but revisions of resumes and cover letters dated 2011.  I guess that’s where my mind was last year at this time!  What a difference a year makes.

It was fun to go back and read my December 2011 and January 2012 blogs – the books and movies that I indulged in during unemployment and my blogs about what I will and won’t miss about unemployment.  Ah.

Pretty good stuff.  I think I was the most creative during that time!  Blogs in early 2012 were pretty ‘meh.”  I guess brain power was going elsewhere for a while… rightly so!

Still no passport (eeek!) and no Garrison yet, but NYC twice in a year?  A dream come true.

Even on Facebook in January 2011 I was posting links for the musical and dreaming of getting there.

I have to review my birthday list of 11 Things to do in the Fall, as the Winter Solstice is coming up soon and it’ll be time for a new list!  Yikes!

More later on that!

So far this fall I have seen some great movies, in the theatre and at home!  Here’s a quick roundup:

Trouble with the Curve (with Kristine for her birthday) –  Grumpy old Clint Eastwood, successful and driven Amy Adams, the lovable friend John Goodman and the cuter-than-cute Justin Timberlake.  There’s just something about baseball movies and this one was lots of fun.  Poor Clint has failing eyes, which are pretty important to his job as a baseball scout (for the Braves I think).  Loyal friendships, strained father-daughter relationship, flirty flirty romance, baseball uniforms.  Good stuff.

Pitch Perfect (with Troy in NYC!) – The perfect movie to kick off Broadway Birthday week in NYC!  It was hilarious (“I set fires to feel joy.”) and energetic and simply A-ca-wonderful!  I wanted to see it again in the theatre but with so many other good movies to see, I will wait to purchase it!  It was produced by Elizabeth Banks and her husband and she has such a fun role in the movie.  Just great stuff.

The Perks of Being a Wallflower (alone before working overnight on a free movie day) – I read this book in the 90s when it came out and it was good.  The movie is very good, as well.  A lonely freshman is “mentored” by a couple of seniors and feels relief in friendships.  The movie is funny and fun but also delicately handles mental illness.

Argo (Friday night with the grownups) – Suspenseful; so suspenseful and tense.  I was squirming in my seat but loved it.  Ben Affleck is getting cuter by the minute and not shirtless for long enough, John Goodman is still a lovable goof of a friend, and Alan Arkin appears (as always) that he’s up for anything.  Well done, Ben!

And at home via Netflix or Direct TV on Demand:

Bernie – Jack Black plays the lovable funeral director that his hometown does not want to convict of murder, even though he did it.  No one blames him because the woman who dies was really a hateful person (Shirley McLaine).  It was “meh” and interestingly enough based on a real person.

Blue Like Jazz – Based on the book of the same name by Donald Miller, a story (semi-autobiographical) of a young man who becomes disillusioned with church and goes off to a small liberal college in the NW as a rebellious gesture.  He tries to figure out himself and what he believes.  It was fine.  I didn’t finish the book probably for the same reason that the movie didn’t have zing.

Sleepwalk with Me – You can still see this in “select theatres” throughout the United States, just not a “theatre near me.”  But I was excited to learn that it was available On-Demand to rent!  Yay!  So I watched it tonight and it was so good.  I heard of the movie because I listen to This American Life and The Moth Story Hour and I think that Mike Birbiglia is very entertaining and funny to listen to.  He wrote this movie (semi-autobiographical) about the start of a stand-up comedy career and the stall of a long-term relationship and the dangerous sleep disorder woven into the mix. Quirky and smart, it was definitely the best thing I’ve seen at home in a while.  It would have been fun to see it on the big screen, but it is one of those films that probably won’t make it to our screens.

Movies to look forward to this fall/holiday season: