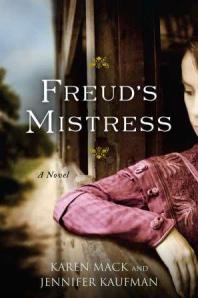 I’m almost done with the book and look forward to telling you about it!

The blog will go up on Tuesday – and there will be a giveaway! 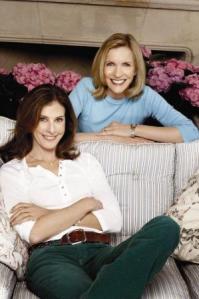 About Karen and Jennifer

Freud’s Mistress is the third novel by Karen Mack and Jennifer Kaufman. Their first novel, Literacy and Longing in L.A., reached #1 on the Los Angeles Times Bestseller List and won the Best Fiction Award from the Southern California Independent Booksellers Association. Their second novel, A Version of the Truth, was also a Los Angeles Timesbestseller. Freud’s Mistress is their first historical novel. Karen Mack, a former attorney, is a Golden Globe Award-winning film and television producer. Jennifer Kaufman is a former staff writer for the Los Angeles Times and a two-time winner of the national Penney-Missouri Journalism Award. Both authors live in Los Angeles with their families.

Monday, September 16th: Diary of a Stay at Home Mom